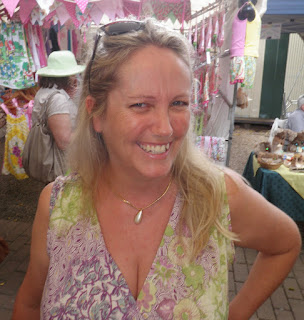 Welcome Sportsfans to yet another week in the life of The Markets, specifically the stall that sells the book, "Why shouldn't I call my son Clint?", and that is now available on iphone/Androids.

We begin today with a rather lovely lady who was bereft of words after reading what her name theory suggested about her personality..

Mmmm....hello again Libby and how do you do? It's true; many people read the 'Libby' story and are flaggerghasted at how accurate it is, but I must say it is therefore a delight to meet an exception to the rule. I think. 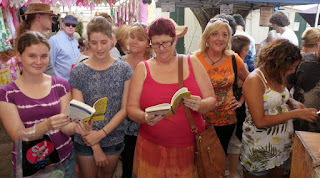 From left to right, we soon had Alexandra, Cailen, Sue, Kim and Pamela arrive on the scene. Bloody funny all round, to be honest. Alexandra wasn't exactly delighted with her story from the app and the book....

Alexandra: "Where's my pony, mother? I WANT MY PONY!!'


Enough said, really, and the look on her face says it all. Hello Alexandra!! xx

Sue, at the head of the pack in the red hair led the charge and took no prisoners on her estimation of the book. I'm not surprised really.

Sue: Sue is the sort of woman that will buy a rabbit infested shithole of a property and spend the next 40 years transforming it into an award winning example of re-claiming of native lands, of reforestation and of environmentalism. Thankyou Sue.

Now, below we have the beautiful Gaenna, who up until this blog entry didn't exist in either the book or the Name Guru app. Gaenna, here is your name theory that will be in the app come next update, happening soon.......

Gaenna: Like the male Einar, Gaenna rhymes with '"When do you think you're gonna'?" but this girl never trained in martial arts, and she never learned how to kill a man with a single forefinger jab to the neck. However, Gaenna probes and looks and thinks and smiles and thinks some more, and then arrives at the solution with a unique kind of grace and energy. Does that make sense? 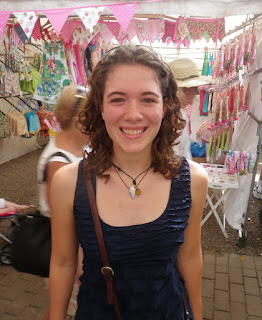 By the way, in one of those weird modern phenomenons, Gaenna's middle name is K. As in, like Special K. just K. 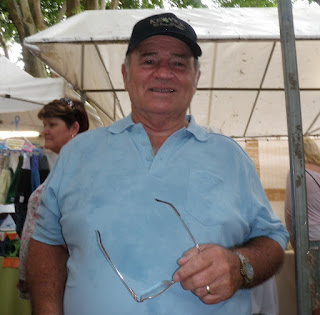 Noel, pictured right, read his name theory, had a laugh, looked at me and says, "Yep. I've done that heaps."

From the book and the Name Guru app....

Noel: It happens to men more than women I think, but ‘Noel’ is the name of the rather tragic splash that occurs whenever a mobile phone is accidentally dropped into the dunny while a person is taking a piss.

By the way, I'm trying to get Barack Obama's name theory to him. let me know if you can help.....

Barack: The smooth walkin' black man with a big sack. He ain't no hack, so you won't need to watch his back, an' all he really needs is some marines to go on the attack. "Attack who?" you ask. He stops and looks at you evenly, ensures he's got your attention and then says, "Fear. That's what we need to attack."
So be it, Young Barack, but you don't need marines, brother, 'cause all you need is love. Amen/Inshallah xx

see you at the markets, or on Noosa Community Radio, Monday arvo's from 4-6pm. 101.3Fm if you're into live streaming.... 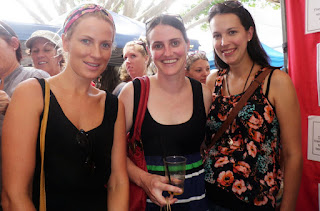 Posted by David Hocking at 6:25 PM No comments: