Hello!
Hock here - David Hocking - and now that "Clint" the book has surpassed 10,000 copies (by how much I'm not exactly sure, maybe 10,500??) I thought it fitting to relate the story so far. Many of you who read this will have the book already, and will also have heard a few of these stories. Some of you might be personally involved. If you are, hello especially!

To be honest, I never wrote WHY SHOULDN'T I CALL MY SON CLINT? as a baby name book. Indeed, I didn't think of how it might be used at all. I just knew my theories were both accurate and funny, and that no one else on the planet had ever produced such a book.

In essence, "Clint" is a name dictionary which now consists of around 4500 names and for each name I have philosophically, comically and usually, quite accurately, attempted to describe the personality of that individual. Yes, I know, it's probably the most judgmental thing ever written, but what the hell. You're only here once and in the end, I firmly believe each of us is basically identical. But more of that in a tic.

Editions 1 and 2 have long sold out. Most names in the book are Western, but very early on I realised any and every name was fair game. Didn't matter to me if you were from Sri Lanka, Norway, New York City or Bondi Beach - if you had a name and I could spell it, I could write a name theory for you, which is what I call these. Nicknames are part of it as well. 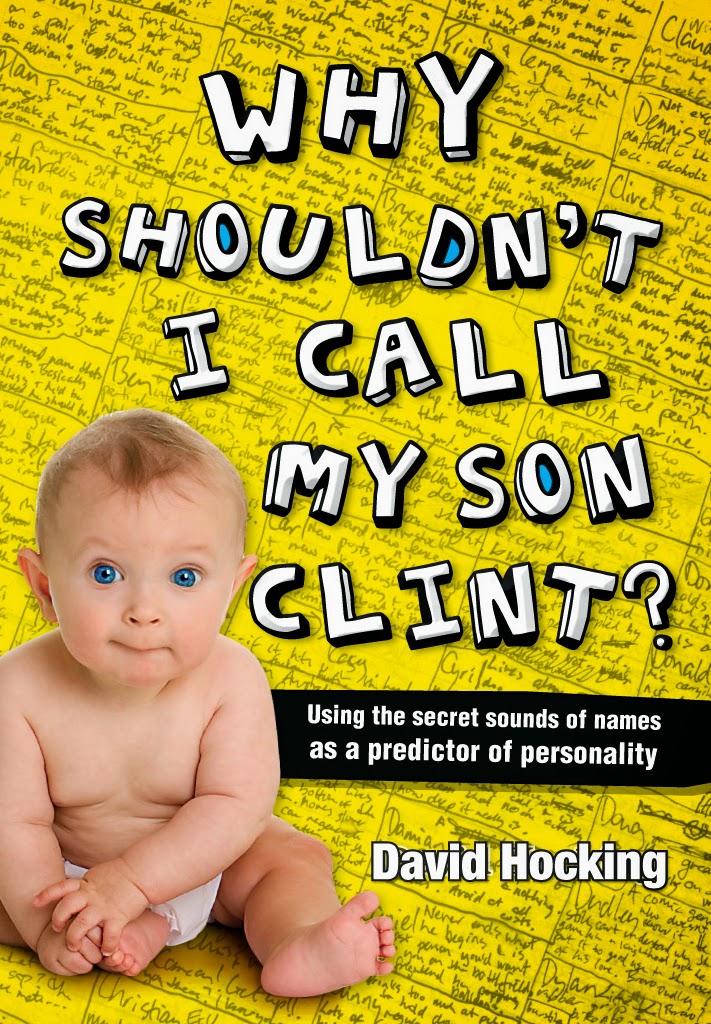 How I arrive at these personality descriptions hasn't altered from how the whole thing began, and I'm true to the process. This is how it started.

In 2003 I went and had coffee at Mary's house, around the corner from where I lived in Cottesloe, Perth. Just a mate. And we had coffee most days. Anyway, one day I went around and she was all excited. I asked her what was going on and with a look of pure joy on her face, she said, "Dave, what would you think if I had a boyfriend called Murray?"

Now Mery (Croatian spelling) was single and on the lookout. As a short powerful lass, she has a shock of thick black hair and she drills her energy into everything she is into. I love her and I miss her, actually. Anyway, on hearing the question I immediately summed up what was going on and then in a moment of pure clarity, I closed my eyes and began repeating the name aloud, almost to myself.... "Murray, Murray Murray, Murray....." In that moment a strange thing happened. My brain, using memories and stories and rumours from its entire existence (and I will say that I have a damn good memory, thanks to my Grandmother), and just listening to the rural kind of sound of his name, produced a vision in my mind that I'll never forget.

I immediately pictured myself standing upright holding a bucket of mud, whence I then drop the bucket, at which point all the mud slops up and hits me in the face and I stand there. This phenomenon I described to Mary as, the Murray Phenomenon. I added that he is tolerated in the country but city folk just don't get him.

Well Mery looked at me with the biggest grin, pointed her finger at me and said, "Dave, that's exactly what he's like!"

And so a small joke between good friends began. Mery and Murray never worked, and after meeting prospective fellows, for something fun to do, she'd ask me for my Name Theory on their personality. Beginner's Luck exists in the universe, I believe, even though it turns out my theories seem to be pretty good most of the time, and the whole process is a comedy, trust me, but my descriptions of these blokes were not only weird and funny and largely absurd, but they were exactly on the jam. 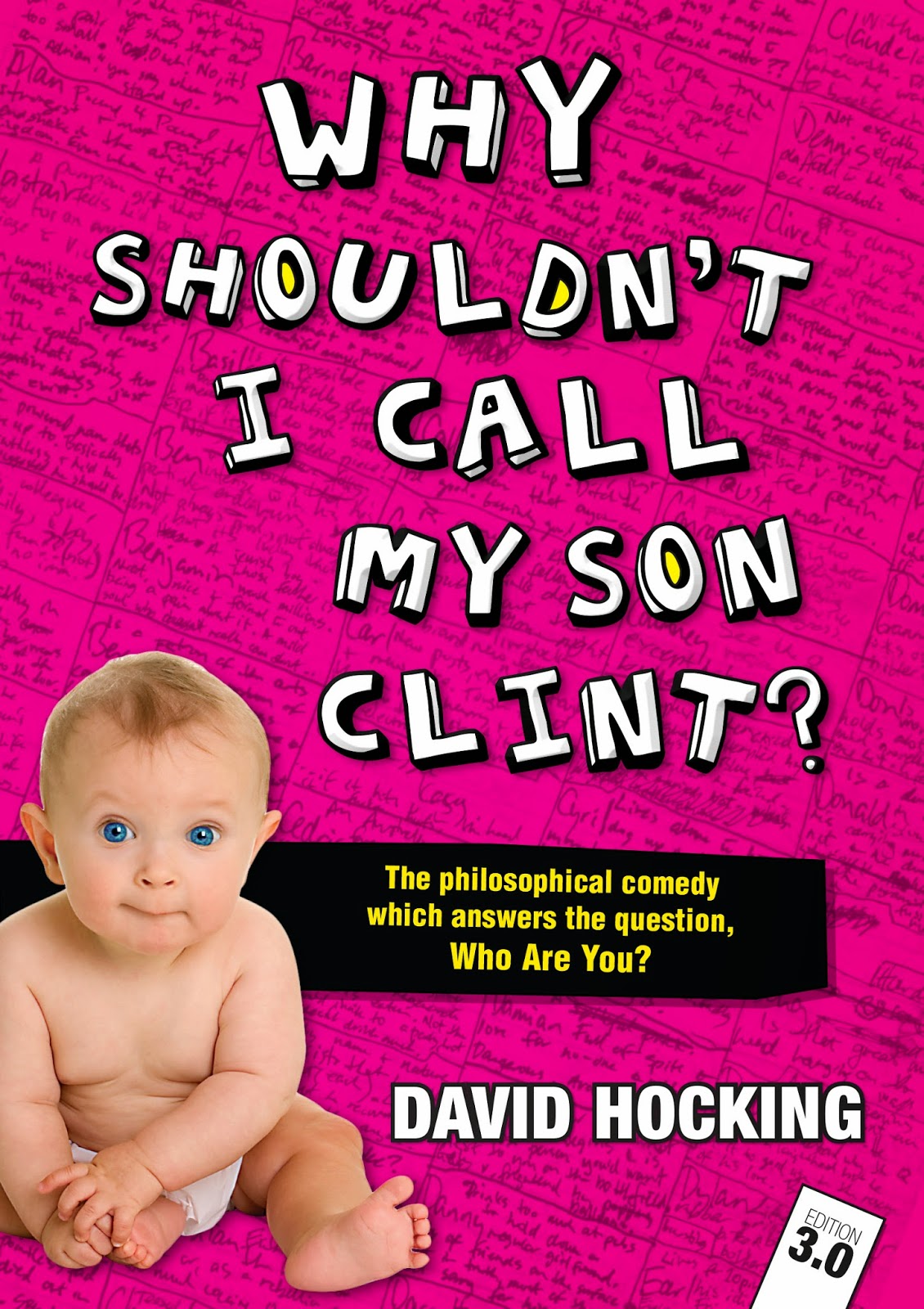 And after about a year or two of this, I realised there was more going on here than I thought, at which point I decided to put my theories into a book. The things that have happened since would blow your mind. One quick one - the first stranger to read his name theory in the book was at a pub in Fremantle. His name was Cameron.
(The Cameron name theory, which, while not that wonderful I suppose, intimately involves blokes called Billy and Clint. The fact that a Clint was involved from Day 1 is weird enough.)
And this bloke Cameron was best mates and shared a house with, you guessed it, Billy and Clint.
It's was too weird for it to be a coincidence and that's just the tip of the iceberg.

Anyway, that was a long time ago. And what I anticipated as funny thing to pull out at dinner parties has gone nuts slightly. It has long sold out of bookshops, and pregnant people love it as a baby name book. No, not all the descriptions are necessarily amazing (otherwise it would be a pretty boring book) and some are downright confronting but it resonates, it's funny, and if I can single-handedly stop people from putting pointless apostrophes near Australian names, then good!

For a few years now I've sold the book at the Eumundi Markets, near Noosa where I live, and the stories that have come back to me are just amazing, let alone that have come back to me a year or two or three later, telling me how much fun they had with the book, and how much it helped them name their children. I haven't even got kids, but there is something weird about this book. As I tell people often, yes, your name helps to mould you based on how it sounds to others, and how the world reacts to that sound, but deep down I believe we are all identical.
Humans want three things.
To give love.
To receive love.
And to have fun.

I believe this book does all three, no matter what my name theories say.

My favourite story? A couple of years ago a Kiwi couple came past my stall at the markets and got the book - first edition, only 2000 names - anyway, they went back to NZ and got married and they took the time at their own wedding, and it would have taken them bloody ages, to print out every wedding guest's name as a place mat for reception. As an icebreaker, I'm told no one has seen anything more spectacular, and it resulted in an amazing day.

The world is such a bizarre place, and so is this book. If you get it I hope it helps. 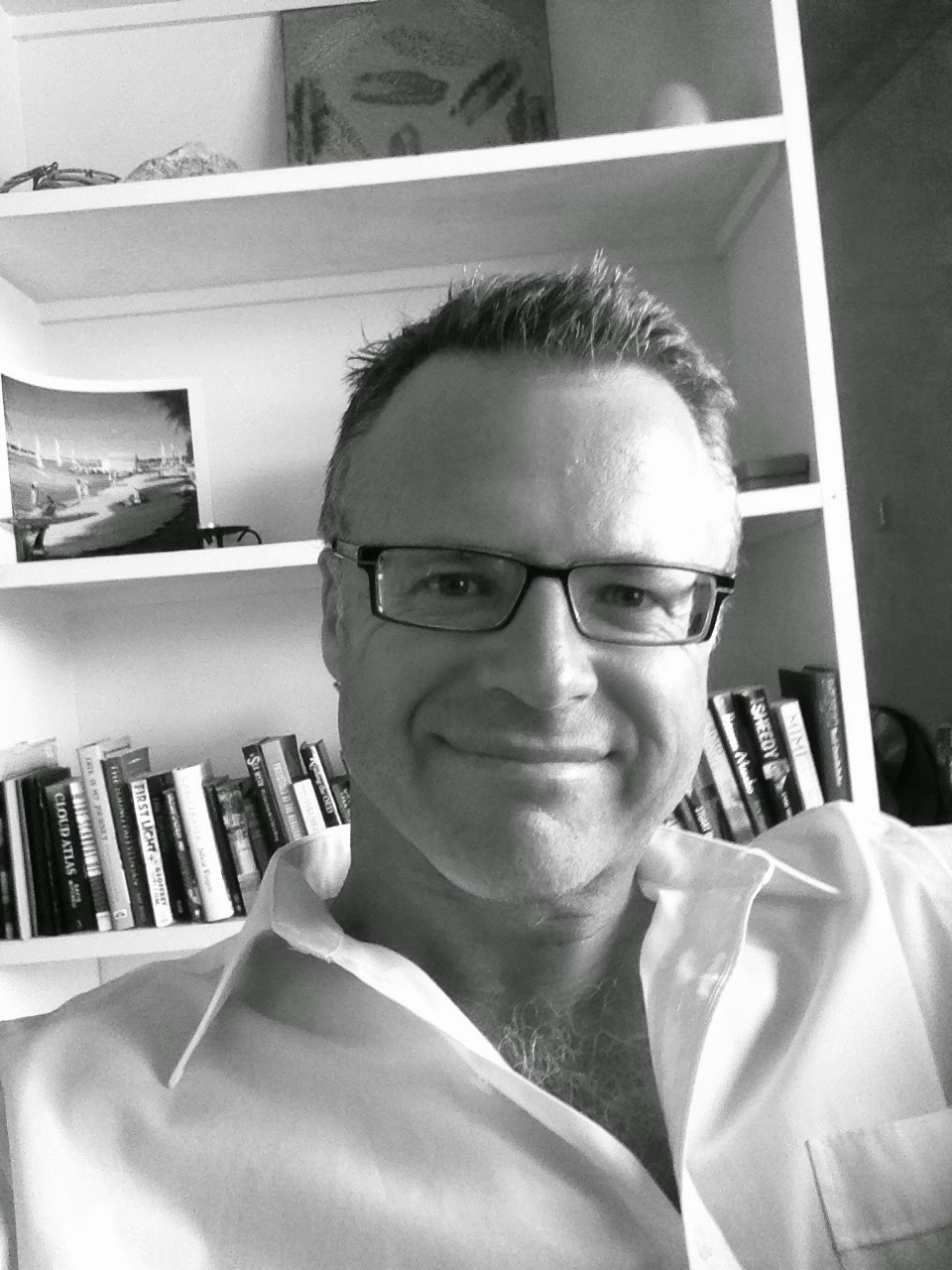 Posted by David Hocking at 2:02 AM