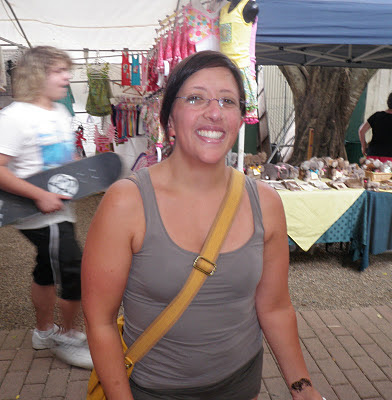 Quickly out of the blocks was a dashing young lass called, Beatrice. True, Beatrice looks happier than her description in the book/app, and that's a good thing...
Beatrice: Beatrice hasn't had an orgasm for about 15 years, not even by herself. Not that it matters, really, because she's passed all that bullshit.

Somehow i imagined a Beatrice to be way older. anyhows......

Now, we arrive at some fated legends, below.
Margaret, on the left, and Jude. Margaret laughed hard at her description because right now she has 6 Border collies at her house......

Jude:Jude works at the pub where she pulls a mean beer. Laughs alot. Fights hard. 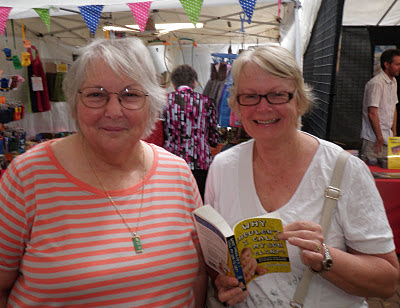 Making a hard charge near the midway point we had three more goddesses. From left to right, Lola, Helena and Sammy.

Lola: Tone deaf to the tune of 100%. She thinks the cats howling in protest are actually singing with her, but you have to love her passion for the creative cause.

Helena:Helena is the name of the sound produced by two large, smooth chunks of limestone beign rubbed together. For such a harsh activity the sound produced is surprisingly exotic and calming. "Hey hey...." the noise will tell you, soothingly. "....it will be alright." (Just be careful not to put your fingers in between them.)

Joanna: Joanna was screamed at by her parents as a child quite a bit, so these days you can't blame her for being off in her hown little world for most of the time. 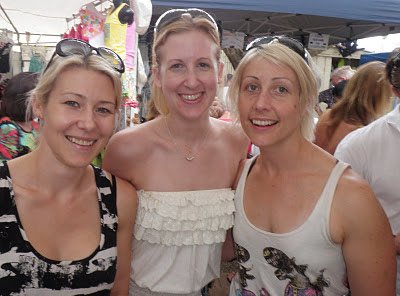 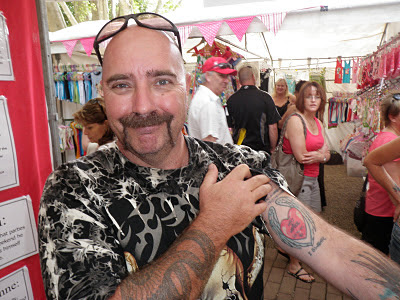 Ari, left, who looks more like a Neville, was amazed that he found his name at all....

Ari: His entire name is off the ground like an Osprey at full tilt and this boy, therefore, can do just about anything and make it look pretty easy. In which case he needs our congratulations. 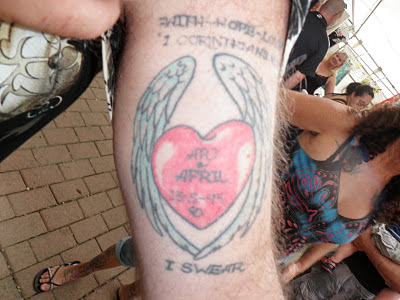 Ari, naturally, is married to April, just out of screen, who declined to have her photo taken during competition.

April: April will od whatever she can to ensure that she and her family always give a good impression of themselves, and regardless if she is the daughter, the mother, the aunty of the grandmother.

I'm pretty sure April had the same tattoo on her back... 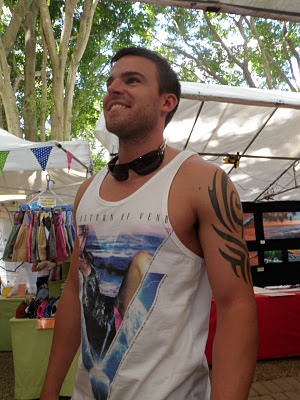 Then of course we had the young stallion, Ross.

Ross: TAKE ALL PRECAUTION!!! Keep a tranquilliser gun trained on him at all times, even if he appears tame, because he might be faking it. You just never know.


So, would you trust that man, pictured right???? 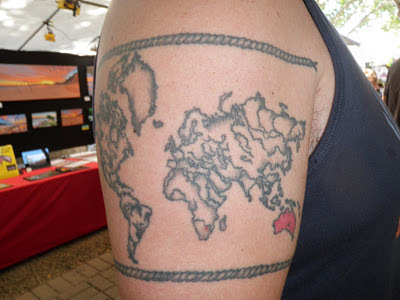 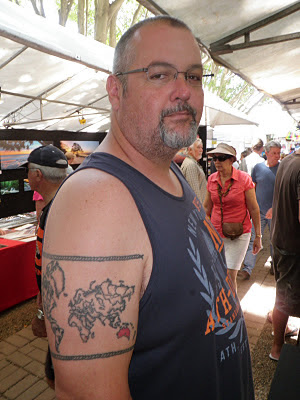 Above us we have Mick's arm, tattoed just so, in case he turns up drunk at some international customs office, forgetting where is and how he got there.
Love your work Mick....

Mick: An Australian icon. He's no rocket scientist - indeed, only physical things that he can touch make sense to him - but his symbol, the fist with the raised thumb, belongs on a flag somewhere. (Note: He detests being called Mike....) 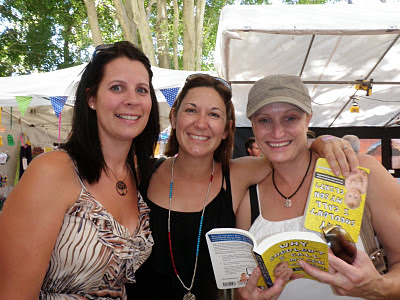 Lastly, as we near the finish line, the delectable, Kim, Lisa and Sammy.

Kim: Kim actually holds a record in the Kingdom for possessing the greatest ration of:
Complexity of Nature/Name Length.
Indeed, Kim is sensual, she is worldly, she is determined and, yes, she is complex.
Lisa: Lisa is supremely normal and often quite beautiful but better than that, she endeavours to allow herself the freedom of passionate reactions in her life. (Note: Having said that, if aliens abduct the English-speaking world's most charasmatic, mysterious and sensual woman as some kind of culture-enhancement project, Lisa probably wont be the one.)

and finally, Sammy, who technically doesnt exist just yet....

Sam: It has been almost impossible for Sam to shake the Tom Boy image but it's made her an outdoorsy sort of person who is smart on her feet. She's quite gifted at orienteering (and shopping, I might add) and it helps that she has an excellent sense of smell, although she doesnt take to the dainty types too well- be they man or woman.
And as the sun sets on another day at Eumundi, it seems that sport was the winner, dont you agree????

see you out there for next weeks mission. and who will we meet??......

Posted by David Hocking at 8:00 PM