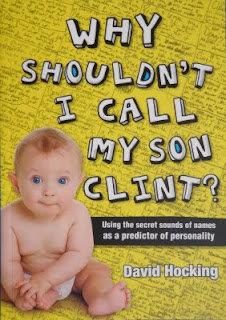 Greetings sportsfans, and welcome to this market day, Saturday just gone, here at the Eumdundi markets, 20km west of Noosa.

Hocking, of course, was in fine fettle and all runners expceted a good day of racing (selling), and things got off to a frantic beginning.


Music selection was critical and he began brilliantly. Early on all he seemed to meet were Julies and Kristys and Joels. True, most Joels are about as cluey as a packet of chips, but at least they're happy souls with a good sense of humour, and they love a backward facing cap.

Rounding the first bend the sun began to shine and the punters hit their straps. More Roberts (borish) were in attendance than normal but they were fighting hard. A glorious textbook Josephine blazed into the stall as if stepping out of a limousine at the Cannes Film Festival. (See below) 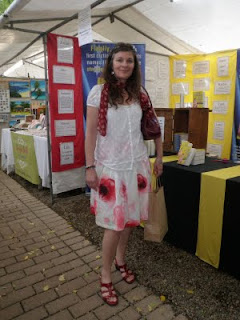 Oh praise thine Josephine! And the day only got better after that. 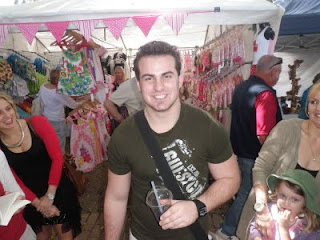 Rounding the turn for home and who would arrive, but a previous customer called Tony(pictured left), who damn-near leapt across the table to give me a hug when he saw me.

"I bought your book man! I love it!" he yelled.

"So you enjoy the book then, Tony? That's great! Thanks mate."

"I use it to pick-up girls!" he said, gushing with delight.

I asked him how he managed that feat and says, "It's easy. I just take the book to the pub, walk up to a girl I like, pull the book out and ask her her name. In two seconds she's ripped the book out of my hands and pissing herself."

"Are you serious?" I asked.

"I met my current girlfriend like that. It's amazing," he said.

Tony's sister, on the left hand side of the photo, confirmed the story.

Just as the day finished, Glenis turned up with her husband. (Glenis, the book describes as u-beaut 100% Australian gum tree.)


I told her that I'd turned the book into an app (Name Guru app: http://www.nameguruapp.com/) and that I was promoting the app via my youtube interviews. Of which 'Glenis' was one.

She watched it, and laughed so hard I thought she might undergo a cardiac arrrest.......


so, I'll see you all back there again for next week's match.

Good luck. May the universal god's smile upon you.